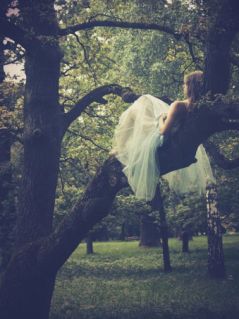 Some people think about things too much. I will freely admit that I am one of those people. In fact, you might be a little frightened by the rapidity of how many things I can possibly think about in the span of a few moments. For example …
“Adelia. That’s a pretty name for a baby. What if I don’t get married in time to have babies? Stop. Be content in Christ. Remember what you read this morning. Did I get everything done on my to-do list? I still haven’t done like 4 things. I need to stop putting off that paper. I’ll just do it in a few hours. But I need to get enough sleep for tomorrow. I wonder if I talk about myself too much. Maybe I don’t talk to guys enough. But maybe I was flirting that one time. Maybe I need to back off. Stop. Be content in Christ.”
That’s really not even the half of it. I’d scare you if I went much further – and I don’t know if I even could because thoughts fire off faster than I can process them. Some of them aren’t even in words – they’re pictures mixed with feelings mixed with phrases and memories – and all of them combine at a frightening rate to end up scaring myself.
I was talking to a friend today and mentioned how I’m the type that overthinks things. She laughed and said, “Don’t all girls do that?”
I can’t speak for all girls, but I’ve talked to enough girls who sympathize with my problem that I suspect it’s true to a certain degree. I am constantly observing others, analyzing their behavior and my own, trying to figure out motives, fighting my own sin nature, worrying that I’m not doing or saying the right thing, grasping at the right Scripture to meditate on, and praying desperately that God will make perfect all the things that I muddle up.
It’s exhausting. I’m exhausted just thinking about it.
The bad news is that it’s probably not ever something that will go away. That’s what highly perceptive and empathetic people get – a heightened thought process about themselves and others that’s always trying to connect the dots and figure out why. It works well for art forms that I love such as theater and writing. It does not work well for my sense of peace about myself and others.
However. The good news is that there is grace.
Grace for the one who’s beating herself up because her tone of voice came across the wrong way.
Grace for the one who wonders why that guy showed interest and then never followed up.
Grace for the one who feels regret for the jealous thoughts she had.
Grace for the one who bounces back and forth between pride and insecurity.
Grace for the one who fights the love of man’s approval.
Grace for the one who loses hope, who regrets losing hope, who gets her hopes raised and then dashed, and who wishes for stability in her emotions.
Grace for the one who over-analyzes all of those things and is scared of “not doing it all right.”
There is grace because guess what? It’s not my job to know and be responsible for other people’s actions, motivations or thoughts about me. It is my job to discipline my thought life and bring it under the authority of Christ. And bringing it under the authority of Christ does NOT mean that I try harder to figure it out on my own.
No. It means prying my fingers off of my labyrinth of guilt and pride and questions and laying the mess down on the altar. It means that my thoughts would be better spent in a prayer than a powder keg of rationales mixed with emotions. It means that I simply say,
“God, I am human and prone to failing. Your sacrifice on the cross offers full redemption from all of my messiness with myself and others. Let me simply rest in the fact that You will work out all the details that I can’t – and be grateful for what I do know: ‘That You, O God, are strong, and that You, O Lord, are loving.'” (Psalm 62:11)
He is strong. He will do what I cannot – namely calm all the fear, anxiety, stress, and doubt that comes my way from over-thinking. He will demonstrate His power to cover my failings and the failings of those around me.
He is loving. He will gently lead me back to the green pastures of peace and rest in Him. He will give me beautiful things to dwell on in my mind instead of the troubled waters that I often lead myself into.
He gives grace because He knows how tough the battle is. He once walked this earth and experienced the temptation like I did. And so He suffers along with me – but more than just suffering, He lovingly lifts me up and places my feet upon the rock of His salvation.
The thoughts will come. But I will turn again and again to my Lord – and He will always rescue me. Praise His name for His grace.