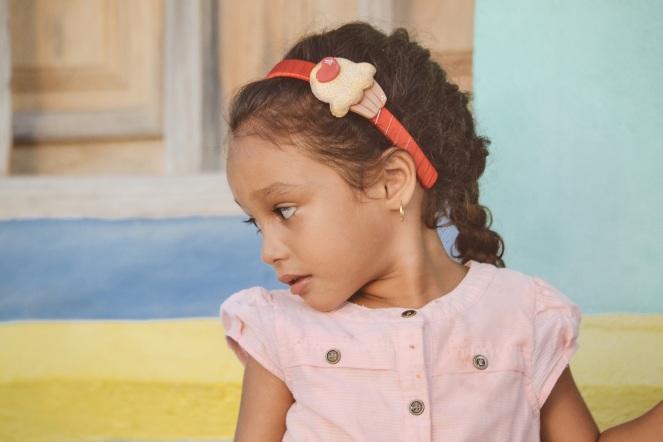 For the past three years, I’ve had the privilege of directing an after-school Theater Club at our school. There are usually around 25 fourth- through sixth-graders who sign up for it – some of whom have done theater before, but most of whom have not. However, I have the same expectations for them that I do in every other theater I’ve been a part of – you memorize your lines by a certain time, then you go off-book, and a few rehearsals before the show, the stage manager is done prompting if you forget a line. You have to figure it out onstage just like it was the real show.

And every time we have those two rehearsals – the first one we go off-book and the first one we go without any line prompting – it is painful to behold. It takes everything in me to not give in to their panicked, questioning looks as they search for the right line to say.

And yet – every year, they manage to figure it out. They manage to get their lines memorized, and they also manage to improvise enough to keep the scene moving (even if it takes an aching two minutes the first time around!).

I realized something this year after watching that first no-prompting rehearsal and wondering if the show was going to fall on its face.

I realized how incredibly important it was to take a step back and lovingly allow the kids to fail – because they were not going to learn any other way.

If I had continued to prompt them, they would have used that as a crutch and when it came time for the show, they would have expected me to keep prompting them. Some kids’ shows (especially at schools) do that. And that’s okay for very young kids. But by the time they are nine to twelve years old, I know that they are capable of having lines memorized and improv-ing onstage if they forget a line – that is, if we teach them and hold them to those high expectations.

And part of those high expectations is allowing them to feel the sting of failure so that it motivates them to work harder to get it right.

As adults, we are so ready to jump in and “help” the kids. We want them to be happy, we want them to be successful, we don’t want them to experience frustration and disappointment. Yet if we always take over for them right when it gets tough, they won’t truly learn the coping skills they need to deal with failure on their own.

In the exceptional book Mindset by Carol Dweck, she says, “Even in the growth mindset, failure can be a painful experience. But it doesn’t define you. It’s a problem to be faced, dealt with, and learned from.” She states that many people have transformed failure “from an action (I failed) to an identity (I am a failure).”

By allowing kids to fail in a safe, encouraging atmosphere, we are teaching them that failure is not something to be afraid of or to reject. We can coach them through the failure and use positive language to encourage them to keep trying despite their first few failed attempts – without taking over and doing it ourselves, which would be far easier.

Yes, it would be easier in the moment, but what is the lifelong lesson we are trying to teach them? That whenever a challenge comes up, Mom or Dad will take care of it for them? Sadly, that is how many young adults do operate, because they were never taught to deal with failure themselves. They view it as a negative and terrifying thing – one they try to avoid at all costs.

So when the kid is still not sure how to tie his shoes or still struggling with multiplication facts or still stumbling over words in her reading or still screeching out wrong notes on the violin – have patience and say, “Keep trying! You’ll get there. You don’t have it yet, but with more practice, you can get there.” And it is true. Each moment of failure is an opportunity to try it again and try it better next time.

And although it can be incredibly painful to watch them do something wrong again and again – something that we, as adults, can do with ease – remember that in your restraint from doing it for them, you are showing them love. Because love is teaching them independence, perseverance, courage, and problem-solving skills.

When they grow up and are functioning as well-adjusted adults who can take care of their own life issues, they will probably thank you for letting them fail. Because failing as an adult is much more devastating than failing as a kid when you are surrounded by loving parents and teachers.

And when they do finally get it right, the celebration will be so much more worthwhile than if you had let them take the easy way out and just handed it to them. They will feel a greater sense of satisfaction and pride in the fact that they finally accomplished something that was difficult for them.

That will be a reward worth all the painful moments of waiting in their failures. And that will be the most worthwhile accomplishment.