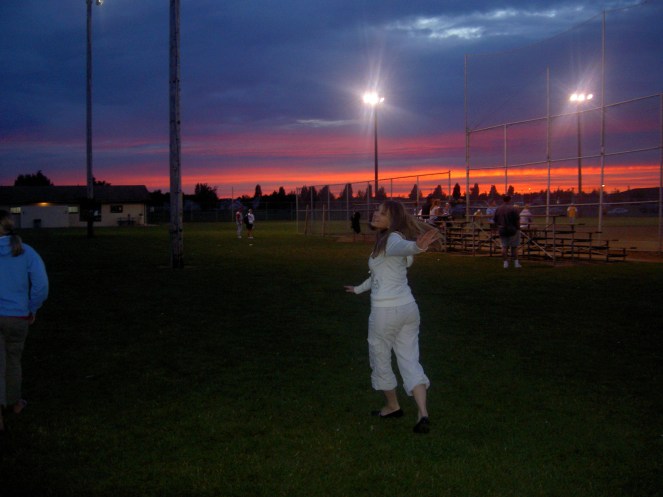 The year she entered high school, she lost her imaginative spark. She looked back on who she’d been a few years prior with a cringing shudder, embarrassed of her costume wearing and playing with dolls.

But what she didn’t see was the girl who was always bringing stories to life, who danced about as carefree as the wind, and who laughed uninhibited by what people thought of her.

And that was lost when she became a freshman, went to a private school for the first time, and suddenly cared more than anything what people thought of her. She wanted to change, she wanted to fit in, she wanted desperately not to be a loser – so she became quiet, shy, careful.

She lost her inner spark, the very thing that lit up inside her, and made her eyes shine. She buried it deep inside her and only let it out at night, when she wrote fervently in her journal of all she experienced, felt, and wanted to be. She just wanted to be liked and feel normal.

Little did she know that she was not normal – and she simply hadn’t found her people yet. The people at that school – they were nice, but they weren’t who made her come alive and feel most at home.

No, it wasn’t until the next year when she moved again and joined a drama class at her new high school, that what was lost began to be found again.

It was when she stood backstage closing night of “Annie Get Your Gun,” watching the songs and dances and feeling them thrill her soul.

It was when she stood on the stage, crying as Judy in “Rebel Without a Cause.”

It was when she sang “Bohemian Rhapsody” with the cast before every show of “Our Town” – when her pink skirt went spinning in “Bye, Bye Birdie” – when the rehearsals went late, when the laughter wouldn’t stop, and when she felt more at home onstage, backstage, and in the dressing rooms than anywhere else.

Her imaginative spark came back – and it found a home with those who shared it. She could be herself again – that silly, crazy, overly-dramatic self that reveled in story and song.

And not long after, she began the journey of working for a theater for seven years – where she loved everything she did, even answering phones and mailing letters, because it was all connected to a world that made her come alive.

There were the late nights of Friday rehearsals and early mornings of Saturday rehearsals – there was the madness of tech week in the old, familiar historic theater – kids running around in half their costumes, the band cutting in here and there with snatches of music, the lights coming on at random times, directors trying to squeeze in a sandwich between runs of scenes, parents making last minute costume adjustments in the background, and nervous energy permeating everything.

And no matter where she went – no matter which theater group she was a part of, she felt that magic and that spark of inspiration. Like the production in college that she got to be a part of, working props, and loving all the details – the top hat hung on a ladder; people making her die laughing with their silent antics in the wings; gathering “bloody” props from people as they came offstage; the way the dim blue light backstage transformed everyone into silhouettes – it was a kind of magic that connected her soul with others in a way little else could.

Her precious inner self had been found again. And thank goodness, because the world needed that buried self – needed it to bring life and magic and joy to others. This is why she felt it was so important to make time for theater – even if it meant exhaustion. Even if it meant late nights and busy weekends. Because it was worth it to her to do what God had created her for – to be artistic and to be a storyteller, just as He is.

Some people didn’t understand this about her, but she had come to accept that. Some people did understand, and they were the ones she gravitated toward. These were the kindred spirits who shared in her delight of the stage – and together, she knew they would make magic.

She came to call the theater her home. And in so doing, what was lost was found again. And it became all the more beautiful in the discovery.