With the mayhem of directing a show from March until May, time didn’t slow down long enough for me to do my usual monthly review of books read. Now that I have three months worth of books behind me, I thought it best to just pick my top favorites and write reviews on them [the others were kids’ books from my classroom that were not terrible – just not stand-out classics in my mind]. 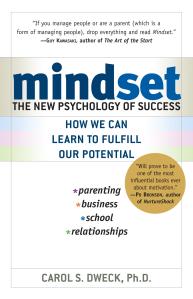 This book came out a few years ago, and of course, the philosophy has been popular within the teaching circles ever since. I didn’t officially read the book, however, until this January-March when I did a book study on it with some co-workers. While I had a basic understanding of Carol Dweck’s ideas on mindset, reading the book was hugely encouraging.

She covers growth mindset versus fixed mindset in a number of different arenas (sports, business, parenting, teaching, and more), and how people with a growth mindset are usually more successful in the long run (basically, people with a growth mindset believe that you don’t have a “fixed” amount of intelligence and anyone can grow or change if they work at it). Specifically for teaching, I loved the suggestions for teaching growth mindset to kids and helping them change their attitude toward school. It also helped me see how I can tend to have a fixed mindset toward my students and their accomplishments rather than believing they all have the potential to succeed, no matter what obstacles stand in their way.

Definitely an excellent read – one I would recommend. 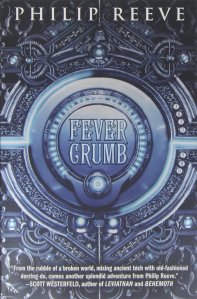 Fever Crumb was a book I received at our annual Book Bingo night at school, chosen mostly for its intriguing cover and blurb on the back. Set in the future, this book has a setting that combines hints of progression with much regression. A young girl has been raised by engineers and has been taught to suppress all emotion (anything that is not “rational”). She is soon sent to live with another scientist to help uncover secrets from the past that might help their failing society. They have fascinating transportation such as “wind trolleys” and “land barges,” and they make references to “ancient tech” which includes all kinds of computers, keypads, and other things which people of the future have forgotten how to use.

I thought it was a fascinating story with interesting commentary on how all that we think of as “progressive” and “modern” could end up lost and forgotten in the future (depending on how long our Earth ends up staying around before Christ returns!). 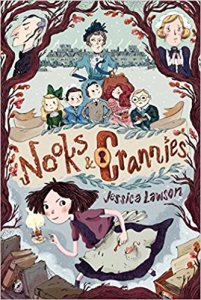 On the lookout for a good mystery read-aloud for my class, I asked our school librarian, Telia, for suggestions. Out of the many exciting options she chose for me, my class & I settled on this one, which I had to read over spring break before getting into it with my class. Sadly, we won’t finish it as a class before the year is over, but I thoroughly enjoyed it over spring break!

The story is set in 1907 and centers around a girl named Tabitha Crum. She and five other children have been mysteriously invited for a weekend to the home of a wealthy countess. Once there, they discover that one of them is the heir to the wealthy countess – and throughout the rest of the story, they must discover who it is – while encountering a sudden death, secret passageways, disappearing children, and people who are not what they seem.

It was a heartwarming story about a girl who truly finds a place to belong, and I loved every second of it. Definitely a quality children’s story. 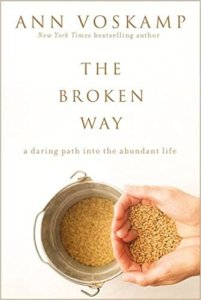 2. The Broken Way by Ann Voskamp

My mother got me this book for my birthday, and I slowly wended my way through it in the first few months of the year. It was not a book to be rushed through, but rather enjoyed in small portions like the dessert to the soul that it truly was. Indeed, it is hard to put into words just how necessary a book like this is – what a refreshing spring of water it is to battered hearts.

I have always loved Ann Voskamp’s writing – one, because it is poetic and beautiful; and two, because she is more real and honest than any other writer I’ve read. I have probably hundreds of quotes by her written in notebooks, sticky notes, and note cards, which makes it hard to narrow down just a few from this book to sum up her message.

And, “Jesus is the most attracted to the busted and sees the broken as the most beautiful. […] Nothing pleases God more than letting Him touch the places you think don’t please Him. God is drawn to broken things – so He can draw the most beautiful things.”

And, “Never be afraid of broken things – because Christ is redeeming everything.”

There are so many more … but suffice it to say, this was a beautiful book that brought healing to some of the deepest parts of my heart. It’s a book to return to over and over again. 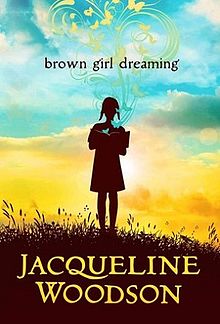 I needed a book of poetry to fulfill some of my reading requirements, and since a couple of my girls had read this book this year, I figured I would give it a try as well. And how stunning – how beautiful the words that filled the pages.

In basically a free-verse autobiography, Jacqueline Woodson writes of her childhood growing up in the 60’s and 70’s caught between the North and the South. The way she tells of memories – impressions – experiences – family ties – a growing love for words and writing – all of them fill the mind and the heart with beautiful imagery. It inspired me to not abandon my occasional dabblings in poetry, for it sometimes expresses things that can be expressed no other way. 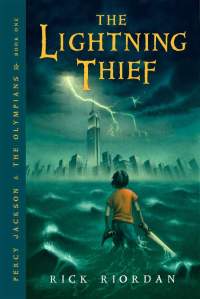 1. The Lightning Thief by Rick Riordan

Sadly, this was the only book that I finished in the crazy month of May! It was to complete the category of a book that I started but never finished. I started The Lightning Thief several summers ago upon learning of its popularity among children and teens. I abandoned it due to my lack of enthusiasm toward Greek mythology, but I decided this year to buckle down and make myself get into it (since I now have the series in my classroom).

The second time around was much more engaging. It still wouldn’t qualify as a favorite, but I can safely say that I appreciate it now more than I did before. Percy, a demi-god, discovers his true identity the summer that he is twelve, and is sent to Half-Blood Camp where he is given a quest to go on. Joined by a couple of friends, Percy sets off across the country to accomplish the quest, defeating all kinds of mythological beasts along the way. Not quite up to par with Harry Potter in my opinion, but the story is action-packed enough to keep a reader’s attention.

Now I’m back to reading more regularly, and I hope that with the arrival of summer, I’ll be able to make it through many of the books on my summer reading list. And after my Facebook poll, I have quite the list of suggestions (in addition to my own “Want to Read” list). I’ll probably end up reading half of them, but that just leaves the excitement of more books to be read after summer is over! A reader’s work is never done …

One thought on “The Best Books of March, April & May” 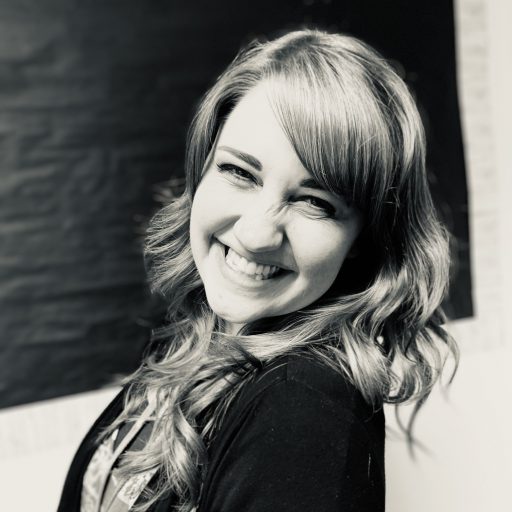